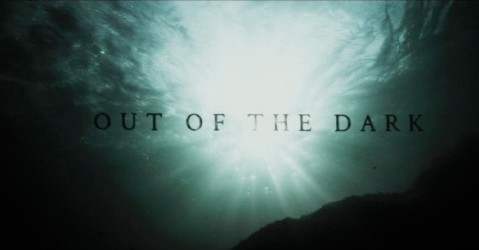 It took two viewings for me to realize why the titles are underwater.

We’ve somehow gotten to a place where we expect ghosts to be justified in their actions. There has to be a sympathetic reason that they cause havoc, especially if they kill people. One of the things I love so much about The Legend of Hell House is that the entire motivation for the ghost’s actions is that he was a vicious bastard in life. You can’t reason with sheer malice. That’s not the case in the more standard supernatural thriller Out of the Dark, which features not one but two groups of dead children.

The film centers on a small family who’ve moved from London to Santa Clara, Colombia for work. Sarah (Julia Stiles) is taking over as the general manager of the paper mill owned by her father Jordan (Stephen Rea). She brings her husband Paul (Scott Speedman) and her daughter Hannah (Pixie Davies). Paul is an illustrator, so he can work anywhere. I have to comment here that it’s nice to see a reversal in the typical roles. Not only is the wife the one with a high-level corporate job, but the husband illustrates children’s books instead of being the standard movie artist that only does gallery work. Good job, movie!

What this lovely modern family doesn’t know is that their company house was the home and clinic of the first doctor of the mill, who was killed by ghost children while trying to destroy patient records. Why did a paper mill need its own doctor? Because the company was bringing civilization to the area, and there were no nearby providers of Western medicine. Jordan credits himself with modernizing what had been a small fishing village, and when you see the slum in which the former fishermen now live you can just tell how grateful they are.

Sarah tours the plant with her father.

Sure enough, it isn’t long before ghost children start playing tricks in the house. When Hannah comes down with a mysterious ailment, it’s up to Sarah and Paul to figure out how to satisfy the malignant spirits. Of course it requires them to dig up the evidence of what Jordan and the doctor did. Jordan gets to make amends, Hannah comes out no worse for wear, and the vengeful spirits are freed. The plot is entirely by-the-numbers, I’m afraid. If you’ve ever heard of the environmental impact of paper mills, you know exactly what Jordan and the doctor did.

Ghosts appear in the upstairs windows.

There’s a far more intriguing backstory that’s underserved by the plot. Early in the movie, our protagonists observe La Fiesta de la Ninos Santos, a local festival. As they later discover, there’s a gruesome event commemorated by the ritual parade of icons to the church. Conquistadors held the villagers’ children in their temple and demanded silver. After getting what they wanted, the conquistadors burned down the temple with the children trapped inside of it. Each year figures of the children were then taken to the site of the massacre (now a church) in order to perform rites to quell their anger. That’s a helluva tale with plenty of anti-colonialism, betrayal, and horror to inspire several movies. It’s also essentially a red herring.

The icons are carried to the church.

I’m not sure what Out of the Dark wants to be. I’m not convinced that the filmmakers had a consistent notion either. As I mentioned, it follows conventional “dark secret” horror beats, indicating that at least one of the writers thought it should be a horror movie. It also has a lot of colonial/corporate destruction of land, culture, and life. That could form the heart of a solid issues movie that exposed and condemned the continuing problems, but here it’s glossed over. Everything’s fixed by uncovering the truth and building a school.

It’s not really a bad film: the actors do a good job, the effects mostly come off, and there are even a couple of nicely shot creepy moments. It’s just that it’s hitting all the right notes rather mechanically without being particularly memorable — too well-done to be an interesting misfire and too bland to stand out. In the balance, I do think that the parallel between the village’s backstory of conquistador atrocity and the backstory with the mill pushes it into memorable “lost opportunity” territory, making it worth a look.