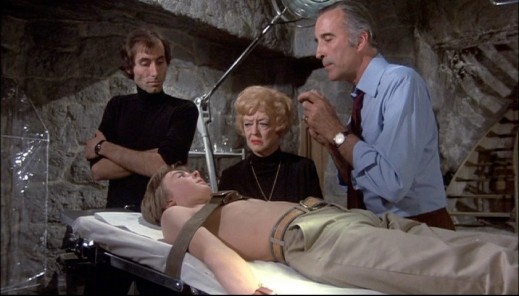 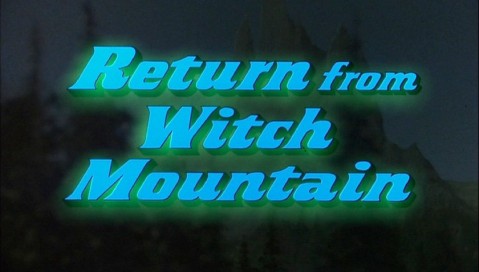 I always get the prepositions wrong on these movies.

Tia and Tony are back in human civilization for an unsupervised visit, which turns out to be exactly as bad of an idea as it sounds. Having avoided the Trump-like clutches of Aristotle Bolt in Escape to Witch Mountain, you’d like to think that the space children had learned to keep their mental powers secret. Yet within moments of screen time after leaving Uncle Bene, Tony saves a falling man in as noticeable a way as he can manage and is kidnapped by Doctor Victor Gannon (Christopher Lee) and his patron Letha Wedge (Bette Davis). It’s up to Tia and the four kids of the Earthquake Gang to save Tony and Los Angeles.