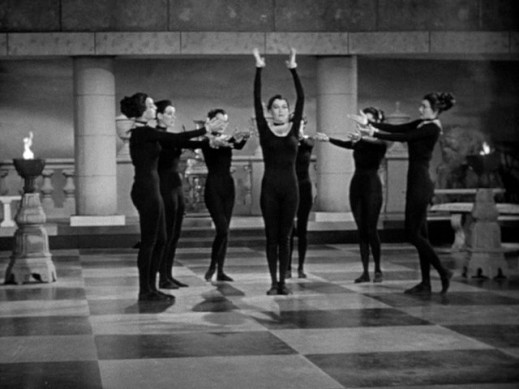 American society had changed during WWII. A shortage of men had brought women into the manufacturing workplace to help with the war effort, and with over 400,000 US casualties a lot of men weren’t coming back to reclaim those jobs. The men who prided themselves for saving the world felt threatened by the new independence of women, and their fear expressed itself in the repressive attitudes expressed as norms in television and films of the time. It can be difficult to recognize this in some of the more popular media, which comes off as merely dated. For your entry-point into seeing the reactionary misogyny of the time you need a clumsy and blatant display of it such as presented in the film Cat-Women of the Moon. As plot details are important to making this point, spoilers for a terrible 63-year old movie abound.